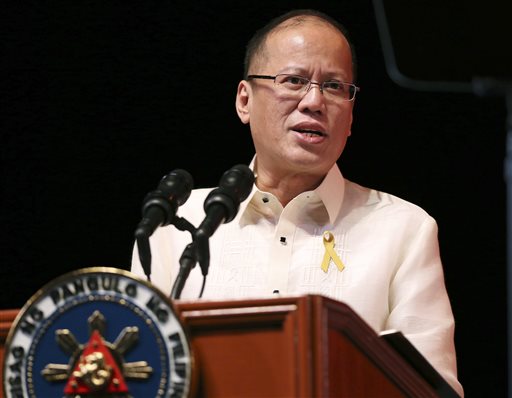 Manila, Philippines— Ombudsman Conchita Carpio Morales has ordered the filing of criminal charges against former President Benigno Aquino, Jr. for his liability in the Mamasapano massacre.

In a Resolution approved  today,  July 14 Ombudsman Morales ordered the filing of charges against Aquino for Usurpation of Authority (Article 177 of the Revised Penal Code) and violation of Section 3(a) of the Anti-Graft and Corrupt Practices Act (Republic Act No. 3019).

The Ombudsman ordered the filing of criminal charges for usurpation of authority and graft charges against Aquino as he is liable for the 2015 Mamasapo police operations.

The Ombudsman also noted that Purisima who was under suspension played a major role in the botched operations which resulted to the killing of SAF 44 because of Aquino.

The exchange of text messages between Aquino and Purisima  during the Oplan Exodus was also cited in the resolution.

It will be recalled that close at to midnight of 24 January 2015, almost 400 highly-trained commandos belonging to the elite SAF, unilaterally launched Oplan Exodus to serve standing warrants of arrest against internationally-wanted terrorists, Zulkifli Bin Hir alias Marwan and Ahmad Akmad Uson in Mamasapano, Maguindanao.

IN the ensuing firefight that lasted for several hours, 44 SAF troopers died in the line of duty.

According to the complainants, the criminal negligence of Aquino is based on several acts: (1) participation and assistance in the planning of Oplan Exodus with gross and inexcusable negligence; (2) approving the operation with full knowledge that it was flawed; (3) for allowing suspended PNP Chief Purisima not only to participate in the planning, but also in the running of said operation and proving information and intelligence, thereby giving pseudo-legal power to a suspended official; and (4) breach in the established norms inherent in a chain of command.

In the investigation, Ombudsman Morales stated that “there is no gainsaying that President Aquino was fully aware that the Office of the Ombudsman had placed Purisima under preventive suspension at that time [for the anomalous Werfest deal].”

The Ombudsman noted, that despite this,  SMS exchanges between President Aquino and Purisima showed that the suspended police chief played a major role in the botched operation.

“The fact remains that, at the time, particularly before and during the actual implementation of Oplan Exodus, Purisima was under preventive suspension, and that Purisima, despite being under preventive suspension, indeed played an active role in Oplan Exodus, as shown by all the record of SMS exchanges and findings in the Senate Committee Report on the Mamasapano incident, to the point that he was exercising a degree of authority and discretion over Napeñas and consequently, over the operation,” reads the Consolidated Resolution.

Ombudsman Morales commented that “certainly a public officer who is under preventive suspension in barred from performing any public functions and from meddling into the affairs of the government.   In other words, Purisima would not have been placed in such a position of continuing to conduct himself, in relation to Oplan Exodus, in a manner  as if he was not under preventive suspension at that time, from his position as PNP chief, were it not for the complicity and influence of President Aquino.”

For the offense under Section 3(a) of R.A. No. 3019, all the foregoing circumstances establish probable cause that, with the complicity and influence of President Aquino, the order of preventive suspension issued by the Ombudsman was violated.

The anti-graft law specifically Under Section 3(a) of R.A. No. 3019, it shall be unlawful for any public officer to persuade, induce or influence another public officer to perform an act constituting a violation of rules and regulations duly promulgated by competent authority or an offense in connection with the official duties of the latter, or allowing himself to be persuaded, induced, or influenced to commit such violation or offense.

Meantime, under Article 177, Usurpation of Authority is committed by any person who shall knowingly and falsely represent himself to be an officer, agent or representative of any department or agency of the Philippine Government, or who, under pretense of official position, shall perform any act pertaining to any person in authority or public officer of the Philippine Government, or any agency thereof, without being lawfully entitled to do so.-Editha Z. Caduaya/Newsline.ph