Duterte tried to mediate and to reconcile the Bautista couple 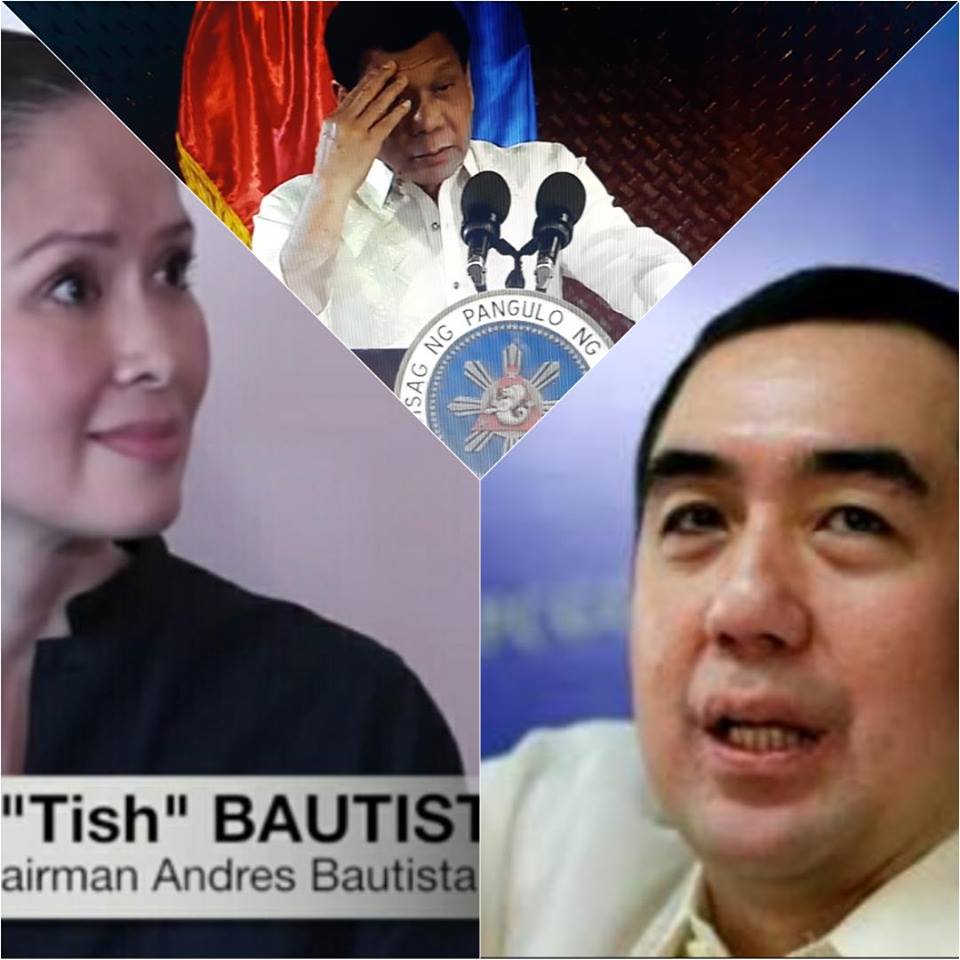 Chairman Bautista in a press conference yesterday said  “The president was very kind, he was like a.. not only a mediator but like a marriage counselor, he was relating to us his experience, he was providing us good advice.”

On August 1, Duterte at first talked with the couple separately but later  the three of them talked, chairman Bautista revealed the  president  even asked them on the settlement of their marital issue  “He even offered for us to have a vacation at the Pearl Farm on his account,” Bautista added but the equation changed.

Mrs. Bautista, wife of Comelec  COMELEC Chair Andres Batutista said she does not know where the millions came from. Many properties are not even known to her.

“The president gave advice and I told him I don’t cling to my post but he told me, I am not asking you to resign,” Bautista stressed.

While they were talking, reportedly repeatedly told the couple “Sana matapos na ito kasi kawawa ang mga bata,” he quoted Duterte saying but later that  same day, Bautista said the affidavit of his wife was turned over  to the National Bureau of Investigation (NBI).

Bautista claimed “I am the victim here, we have a marital problem since 2013, gusto niya maghiwalay na kami dahil may third  party na involve at ako naman  I always look at the welfare of our children kasi bata pa ang mga anak namin.”

(I am the victim here, we have a marital problem since 2013, she wanted separation because there is a third party  involve on her part but I always look at the welfare of our children who are still very young).

He even tried to get a marriage counselor “But she is determined “.

Bautista also denied having amassed millions “What I put in my SALN (Statement of Assets Liabilities and Networth) is true and correct.”-EZC/newsline.ph