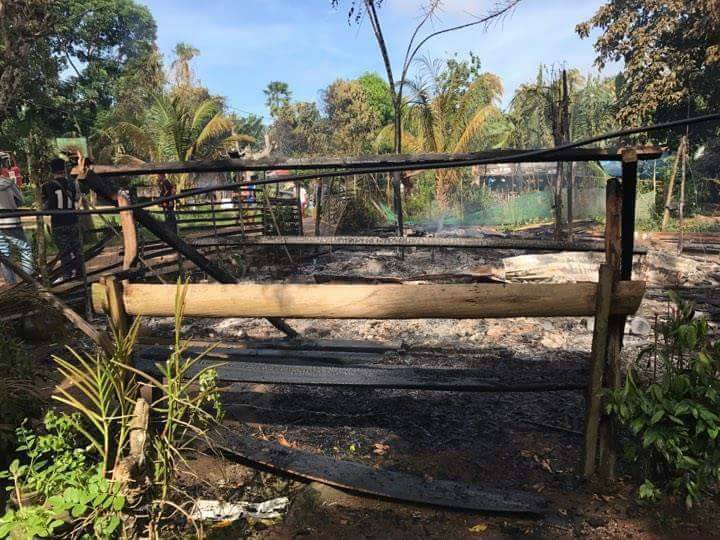 LAMITAN CITY, Philippines — Nine villagers were killed while ten others were wounded when Abu Sayyaf bandits attacked the village of Tubigan in Maluso, Basilan, Monday.

Tubigon is located in the hinterlands of Maluso.

Police reports said the residents were preparing for their fiesta when Abu Sayyaf, clad in military uniform,  numbering about 70 started to shot and burn civilian houses at about 5:30 in the morning.

Four houses and the barangay health station were razed to the ground.

Ruben Laping, a resident of Tubigan told reporters, they were sleeping at around 5 am when suddenly they heard successive burst of gunfire.

He immediately went out of the house with his family and hide.

Municipal Mayor Hani Bud of Maluso who assisted the transportation of injured victims to Zamboanga City said that they could not identify yet as of the moment regarding the identity of the suspects.

Esparcia, a member of the Barangay Peacekeeping Action Team (BPAT) fought back but was overpowered and killed and later mutilated his  remains.

Col. Juvymax Uy, commander of Joint Task Force Basilan, said troops are in pursuit of the Abu Sayyaf while police were investigating the motive of the attack.

Uy said “The ASG must have been hit hard by our operations over the weekend and opted to attack communities which they know are not supportive of them.” -Richard G. Falcatan/Newsline.ph