Accusing fingers : Lacson vs Faeldon over corruption at Customs 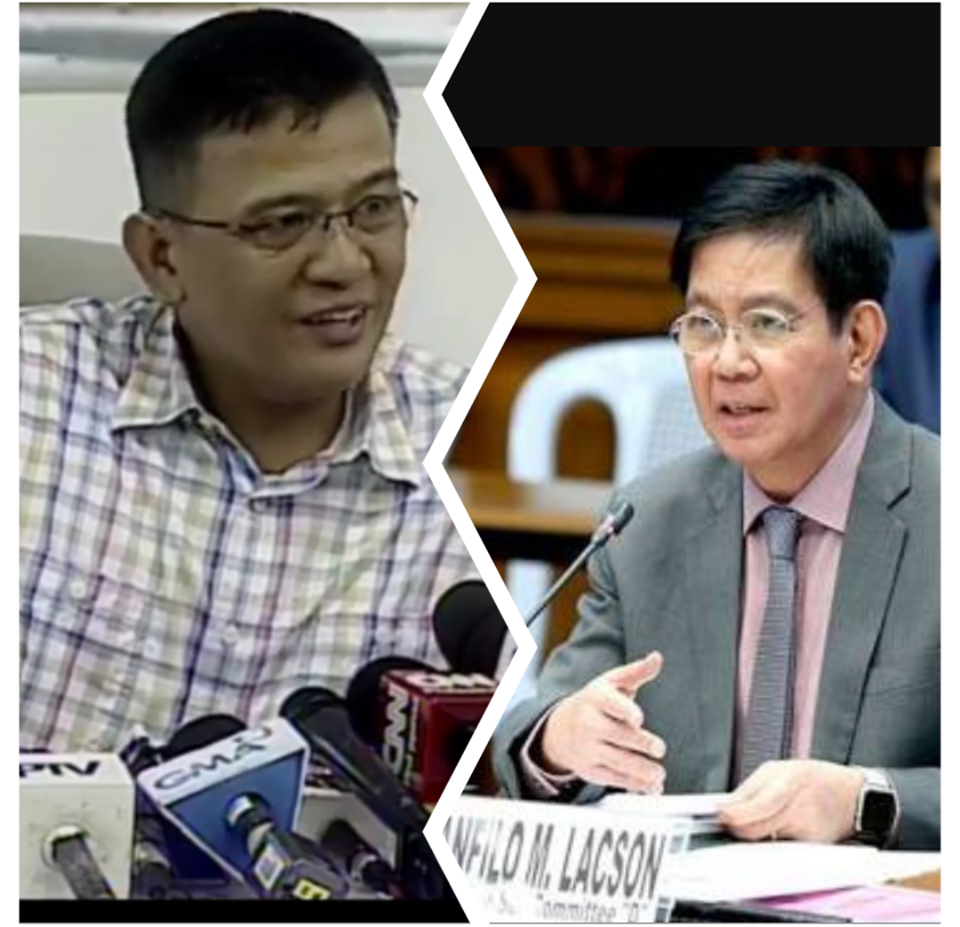 The smuggling issue and corruption  in the country’s most corrupt government agency has led two public servant washing dirty linens in public.

In a 20-minute privilege speech, Lacson detailed how  the P100,00 million “welcome Psalubong” grease money reached the Customs chief when he joined the agency last year.

“Loud whispers in the four corners of the Bureau of Customs compound tell of a P100-million pasalubong to the newly installed commissioner,” Lacson emphasized.

During the press conference accused Faeldon turned the table against  Lacson’s son Panfilo “Pampi”  Jr. of smuggling  67 shiploads of cement via misdeclaration and undervalued  shipment via his brokerage “Bonjourno”.

Bonjourno, is reportedly  owned by “Pampi” Lacson Jr. which according to Faeldon had only P20,000 in capital but Bonjourno was still able to import the cement in sixty-seven shiploads worth billions of pesos.

The NBI reported the  cement was consigned to Bonjourno Trading, which it described as a “Manila-based company with a branch (in) Davao City.”

Faeldon alleged that Pampi owned the undervalued (by at least 50-percent) shipment he and his appointed officers discovered during their first few days in office.

In his press conference, Faeldon kept saying he never asked anybody to collect “Tara” .

Faeldon dared Senator Richard Gordon to investigate his revelations for truth to come out.

Maestrecampo resigned early this month   after he was implicated in corrupt practices, even as he denied the allegations.

Faeldon said Lacson  “seems to know everything in the BOC,”  as Faeldon suspects the father must be aware of his son’s illegal activities.

Addressing himself to Lacson, Faeldon said  “Sir. We are getting close to getting you, to exposing you,” Faeldon said. “We will bring you to justice that’s why you want us out.”

In ending his press conference, Faeldon said Lacson should apologize to his men as he vouched for their innocence

Hours after Faeldon held a press conference, Lacson also called the media and said “When I make my expose’, I make sure I am clean.”. -Editha Z. Caduaya/Newsline.ph