Duterte promised Kian’s parents, No cover up in son’s case

Posted on August 28, 2017 by NewsLine Philippines 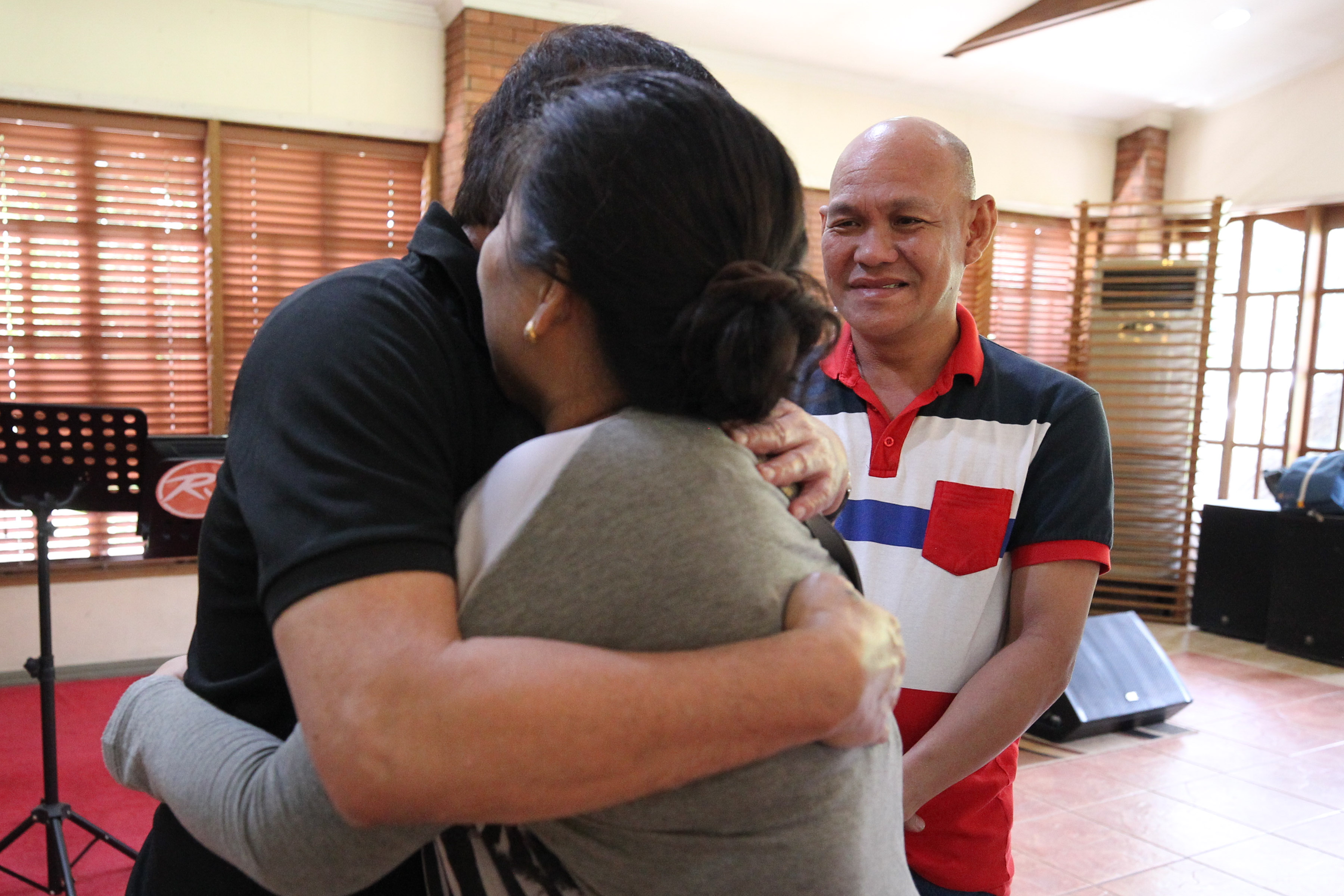 MANILA, Philippines — President Rodrigo Duterte embraced and empathized with the parents to  Kian Loyd delos Santos on Monday, August 28 and promised them impartial investigation on the killing of their 17-year-old son.

After leading an event in Pampanga Duterte  rushed to Malacañang and had lunch with Kian’s parents Lorenza and Saldy delos Santos.

The couple requested to meet Duterte, had lunch together at the Malago Clubhouse in Malacañang Park.

The delos Santos couple went to  thank the President for the assurance that justice will be served for the death for their son.

President Duterte assured the parents of Kian that no one will meddle with the case, noting that only the courts and the fiscal will handle it as he vowed that there would be no cover-up of abuses committed under his administration.

“Wala akong ano na mag-kapote ng abuso. Hindi trabaho ng Presidente ‘yan, (I don’t have the… to cover up abuses, It is not a work of the President)”  Duterte  told the parents.

“Trabaho namin is proteksyon ng tao (Our work if to protect you),” he added.

The mother of Kian expressed gratitude to the President, who vowed that those responsible for the killing of his son will be held liable and hugged President Duterte after their meeting.

Lorenza in an interview with Communications Official said Duterte promised them to resolve the case as soon as possible and punish those who will be found duilty of doing the crime.

Saldy claimed he is happy,   comfortable now and their fears gone talking with Duterte.

The couple also appealed to politicians who are using the the death of their son to stop it “Sana tigilan na po kasi hindi naman po kami namumulitaka (Hope they will stop it because we are not into politics).”

Malacañang has said the filing of a criminal complaint against the Caloocan policemen “underscores this resolve of the government.”

Kian was killed on August 16 during an anti-drug operation in Caloocan City conducted by the Philippine National Police (PNP).-EZC/Newsline.ph with PCO report