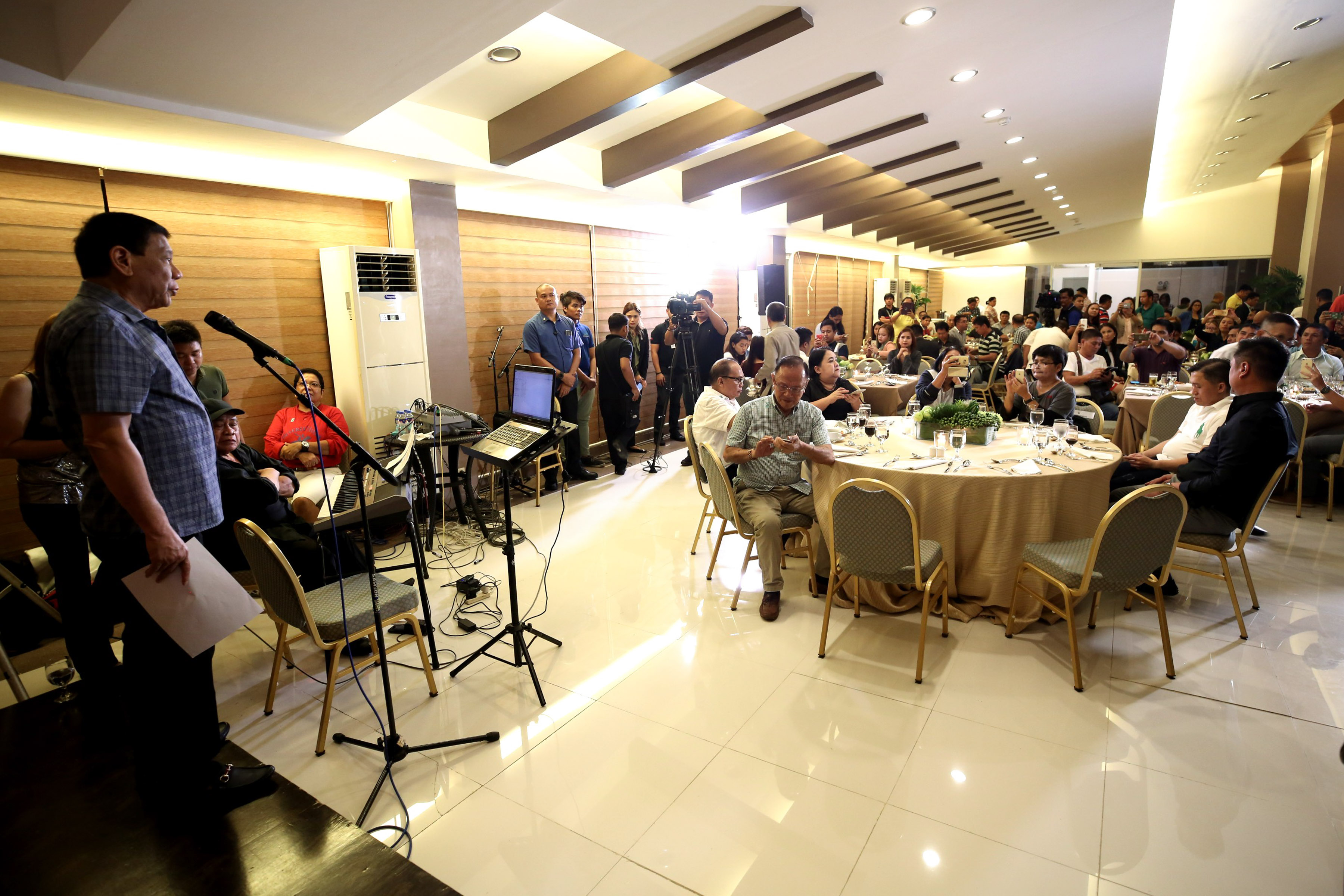 DAVAO CITY, Philippines – President Rodrigo Duterte plans to  ask the support of the priest and the bishops in his war against drugs.

Speaking to members of the Davao press Friday night, Duterte said he plans to furnish his narcolist to priests and bishops, for them to do their share and talk to their respective families.

Citing the parochial role of the church and the people in various communities, Duterte said it will be best if the church leaders talk to their parishioners because it is part of their religious duty to guide their flock.

When asked how will be present his narcolist to the church leaders? Duterte emphasized  “ I will tell them, you go to these people (drug suspects) and tell them to stop already. You have the money to do that. That’s your job (also).”

He said he wants the church to help in building a nation not just to criticize.

While ““They are alive, you talk to them and tell them they would end up in a very serious situation if they continued,” Duterte quipped.

The Philippine Catholic Church except the Davao clergy have been very critical in Duterte’s anti-drugs war.

Duterte wants the church to help in preventing their parishioners to get into drugs saying “I have a solemn duty to protect every Filipino and the church has also a religious duty to enlighten their flock.”

The Davao media “get together” was the first formal meeting of Duterte with Davao-based reporters since he assumed presidency in June 30, 2016.-Editha Z. Caduaya/Newsline.ph