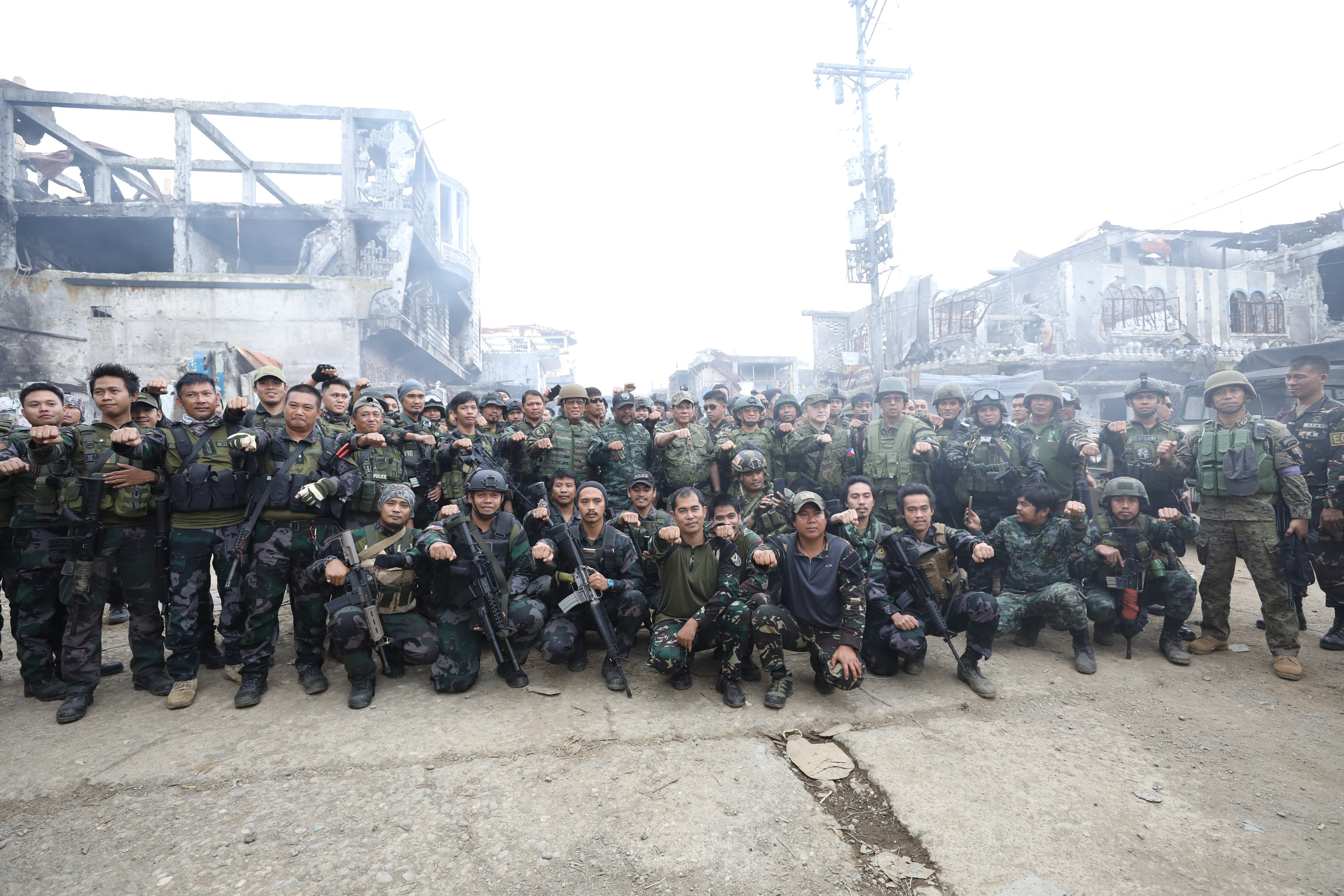 DAVAO CITY — On the 128th day of the  Marawi  siege, the death toll to government troops is now placed at 152 while 711 members of the Isis-inspired Maute terrorist were killed.

Over 200,000 families are displaced due to the crisis. The government has so far released PHP3.35 billion to help internally displaced persons (IDPs) affected by the fighting in Lanao del Sur, an official of the Office of the Civil Defense (OCD) said Monday, September 25.

Col. Romeo Brawner, the deputy director of the Task Group Ranao in an interview with reporters Wednesday, September 27 said the number of terrorists has tremendously downsized to about 50 to 70.

The number of the remaining terrorist left is based on the ground monitor and visual scope of the ground sniper who according to  Brawner are seen getting out by pockets  “They are very visible, they are armed and the only option left is to neutralize them.”

Brawner explained  “There number is getting smaller, we noticed that the enemy forces are now trying to escape the main battle area, many are trying to escape as the government sniper fires at them, we noticed that the areas of Maute is becoming smaller and concentrated into a defensive specific position and the government is confident to overcome their  defensive position.”

Major achievement on the 128th day:

The ground commanders,  according to Brawner sees the near end of the Marawi siege  : “The siege will not last very long.”

Brawner said Southern Command Chief Gen. Galvez even projects that the crisis will end in the next 10 to 15 days “Or even earlier than that.”

The only exit which the terrorist can use is the Lanao lake “There only way is the lake” which has been sealed by government forces  since  all possible exits have been  controlled.

The military believe that the terrorist are still in the main battle area,  based on the information given by the hostages who earlier escaped, the terrorist are now hiding in fox holes and tunnels and they do not come out together.

The military also received from surrender fillers while some hostages are just waiting for timing t escape.

Lack of food, and logistics:

The hostages also revealed, the terrorist do not have enough food supply medicine  and water.

The government troops cannot bombard specific structures as hostages are distributed to into pocket groups such as women and children and the adult male while the terrorists are in the robust defensive position.

Rescue effort is challenging , Brawner emphasized “Mahirap po ((It’s difficult) to bomb because they still have the hostages.”

The trail to catch up with the terrorists is very difficult due to the fact “That the enemy has made a lot of improvised explosive devices and there are many unexploded ordinance scattered in placed,” Brawner added.

While advancing to the battle  areas, Brawner revealed the government discovered a lot of cadavers “Some are even skeletal remains, which we are counting and the Scene of the Crime Operatives (SOCO) of the PNP retrieved the bodies and process their DNA samples.

So far, Brawner said they recovered 47 bodies while another 27 bodies have not been identified. He however said some of those found dead does not have dental record to be used in the DNA testing.-Editha Z. Caduaya/Newsline.ph