Duterte to gov’t officials, media: uphold truth at all times 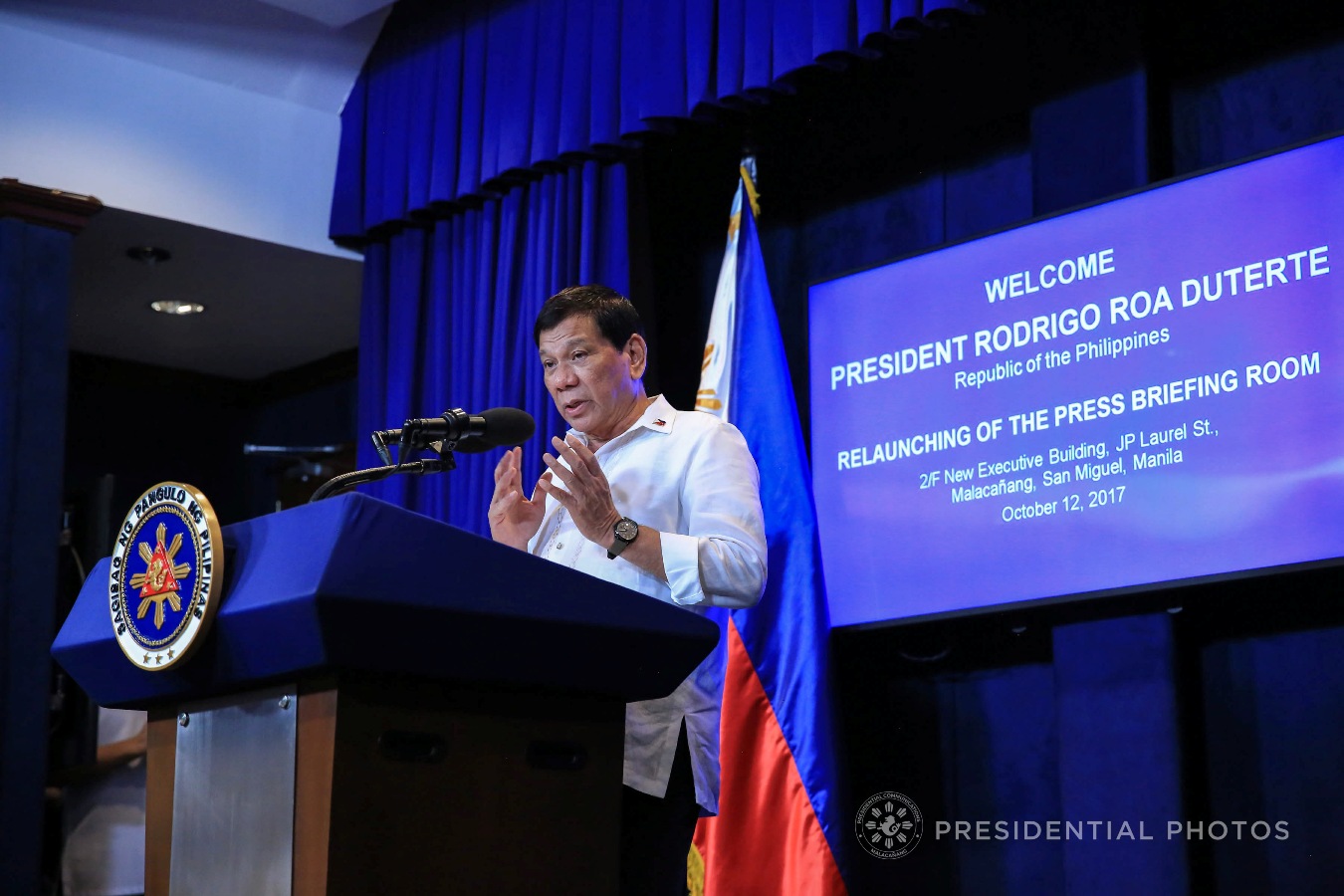 MANILA, Philippines — In time for the re-launching of the renovated press briefing room in Malacañan, President Rodrigo Duterte urged government officials and members of the media to always uphold the truth in line with their duty of communicating the government’s platform to the people.

“To my fellow workers in government, especially those who form part of the Communications Office, I enjoin you to remain committed to your duty of upholding the truth at all times,” Duterte said.

He further remainded government officials to refrain from exaggerating, misinterpreting, or agitating any information as they disseminate the administration’s platform of governance.

“In the same vein, I call on our friends from the media to also remain committed to the truth at all times. Never, never lie because we are not up to it anyway,” Duterte also told members of the press.

“Never confuse your search for answers with the need to engage the public through sensationalized news and overpublicized political propaganda,” he added.

He then expressed his dedication to upgrade the country’s state media to keep it at par with international standards.

He further cited the need to foster a more vibrant relationship with the press, as it plays an important role in providing information to the people regarding the government’s policies.

“The role of the media is vital if we are to successfully educate our people about the much-needed constitutional reforms that would lead to a more responsive federal-parliamentary form of government that welcomes foreign investments as a catalyst for economic growth,” the President noted.

“The press will also play an important role in the dissemination of accurate information on the gains that we are reaping from our country’s successful chairmanship of ASEAN, our improved relationship with our neighbors, and our role in maintaining peace and stability in the region,” he added.(Harold V. Pontongan)