Posted on October 14, 2017 by NewsLine Philippines 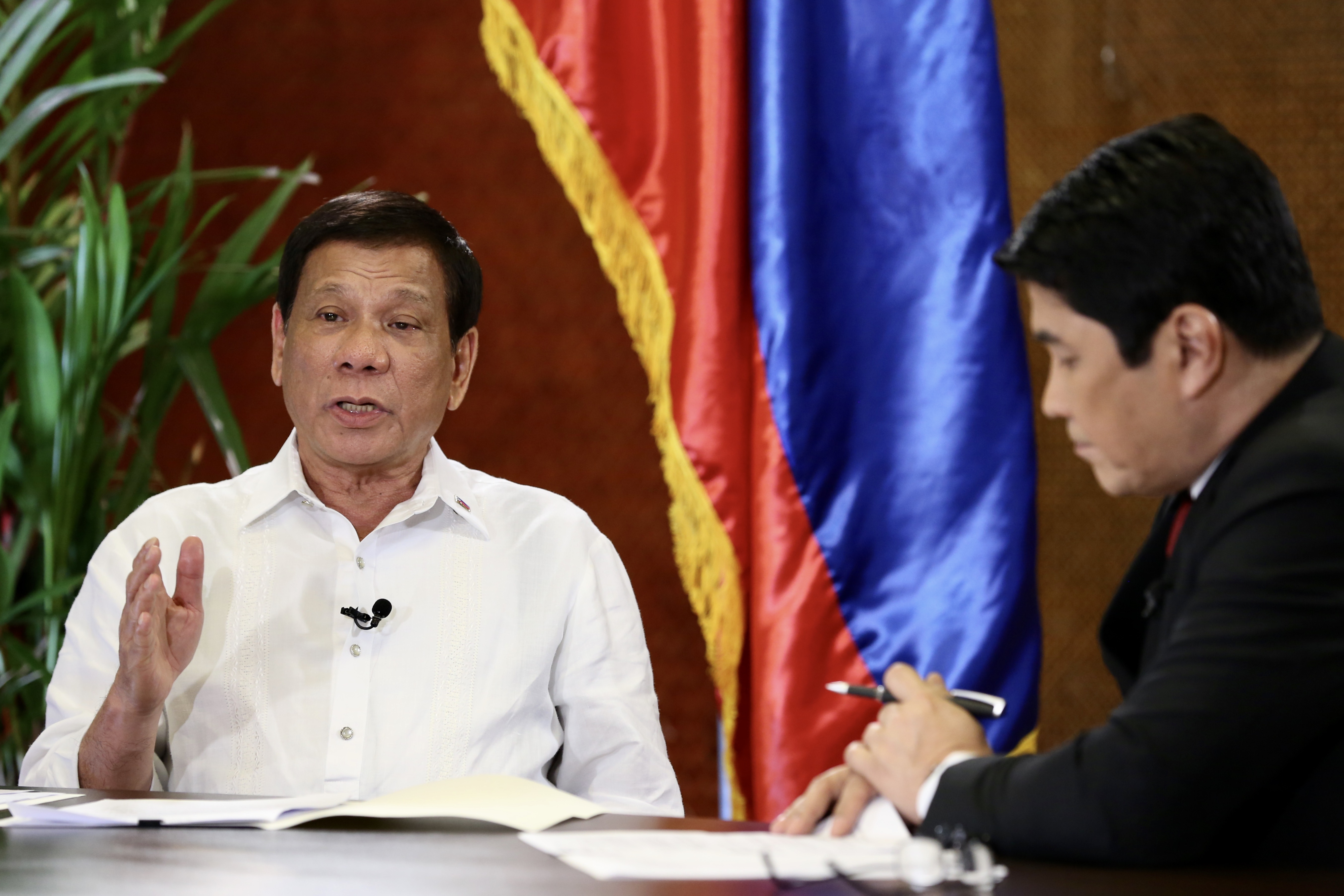 MANILA — President Rodrigo Duterte warned anew of declaring a revolutionary government if the country will be in danger of chaos and destabilization.

The President made the warning after he ordered the dismissal of two officials who reportedly caused the delay in the construction of the Metro Manila Skyway Stage 3 for a year.

Duterte did not disclosed the names of the two officials of the Pasig River Rehabilitation Commission (PRRC) but the two allegedly sat on the needed documents of the Skyway Stage 3 for a year.

The President said the two submitted a letter of apology but their action was unacceptable and a violation of the country’s anti-graft and corrupt practices law.

“Masama talaga ang ginawa nitong dalawa. It delayed the project. So, for almost so many months, nagmamadali nga tayo so that we can have the mobility of the people of Metro Manila moving faster. Itong dalawa, inupuan ‘yan almost one year,” he said.

“Kaya sabi ko, while they sent me a letter apologizing for the delay, I’m telling them now — dito ngayon sa TV — I have fired you actually,” he added.

Under the Anti-Graft and Corrupt Practices Act, public officials are prohibited from causing any party, including the government, undue injury.

The same law prohibits public officials from neglecting or refusing to act on relevant matters or requests before their respective offices without a valid justification.

Duterte reiterated his commitment to cleanse the government of graft and corruption, which he said, is the key to achieving a more inclusive economic development.

He assured the public anew that corruption and political oppression would no longer thrive in the country and disrupt the growth of the economy.

He also vowed to go after unscrupulous business corporations and oligarchs who use their power to evade tax obligations and debts to the government.