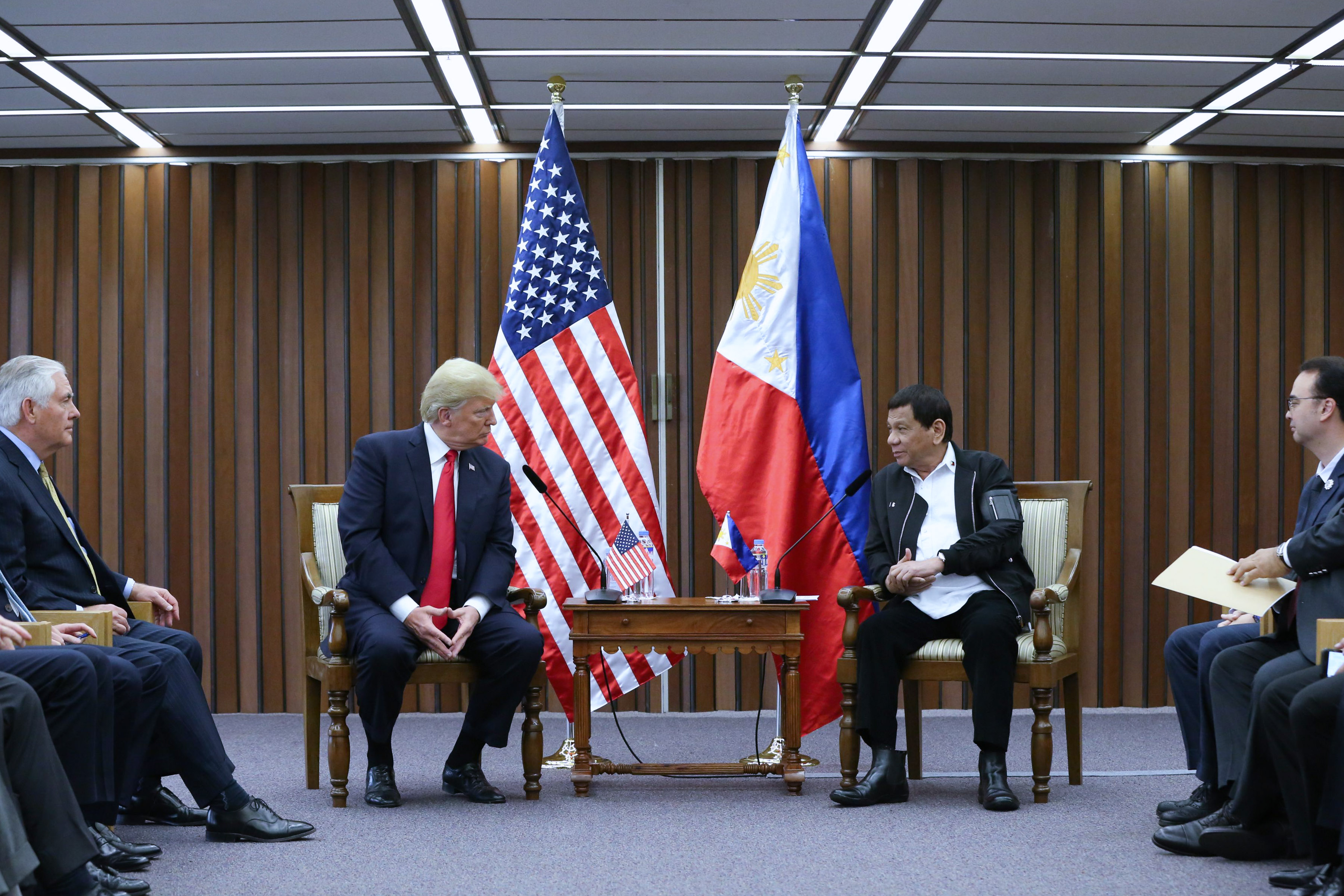 “President Trump seemed to be appreciative of his efforts,” Roque added.

Roque claimed President Trumpraised the topic on trade saying the US would advocate fair trade and practice reciprocity in dealing with the region.

“The Philippine side expressed their hope that an FTA or free trade agreement must be concluded between the Philippines and the United States,” Roque noted.

Roque, who was also present during the bilateral meeting between the US and the Association of Southeast Asian Nations (ASEAN), added it was very apparent that the focus of the US now in South East Asia is economic trade.

Also, Roque said Trump raised his concern about the ISIS terror group.  Both Duterte and Trump agreed that addressing terrorism and violent extremism must also be given a priority.

Roque described the meeting between the two leaders as “very warm, friendly, and candid.” He also affirmed that the alliance between the Philippines and the US is still very strong despite some “sour points” brought about by the statements of former US President Barack Obama on Duterte’s war on drugs.

During the meeting, President Duterte seized the opportunity to thank the US leader for his government’s assistance in resolving the Marawi conflict.