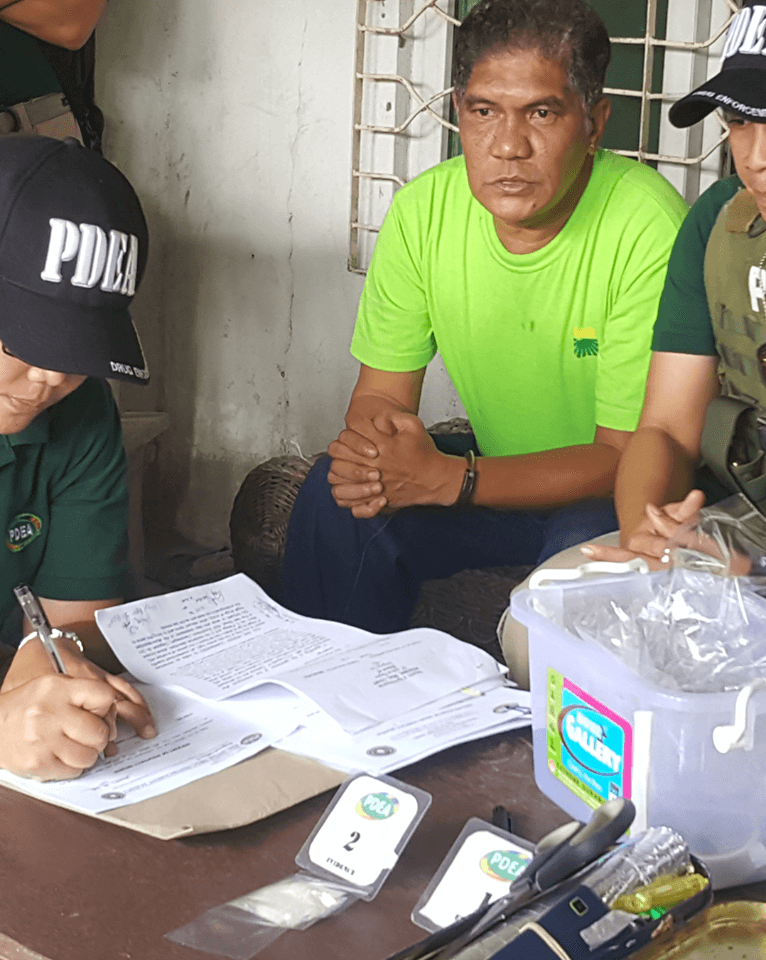 Armed with search warrant, issued by Judge Mirabeaus Undalok, of Branch 43, Gingoog City, Villanueva along with members of Cagayan de Oro City police, entered the house at about 10:40, January 24, 2018.

He is considered to be a high value target.

Pielago was alone in the house, “We caught him in the act of sniffing shabu,” Villanueva described. He told Newsline.ph “His name surfaced long ago, but we cannot secure a search warrant because the family is well connected.”

Also found in Pielago’s possession were three medium sachets of shabu with street value of more or less P75,000.00 and other drug paraphernalia.

“With his profile, we suspect that some big names are his cohorts.” Villanueva said.