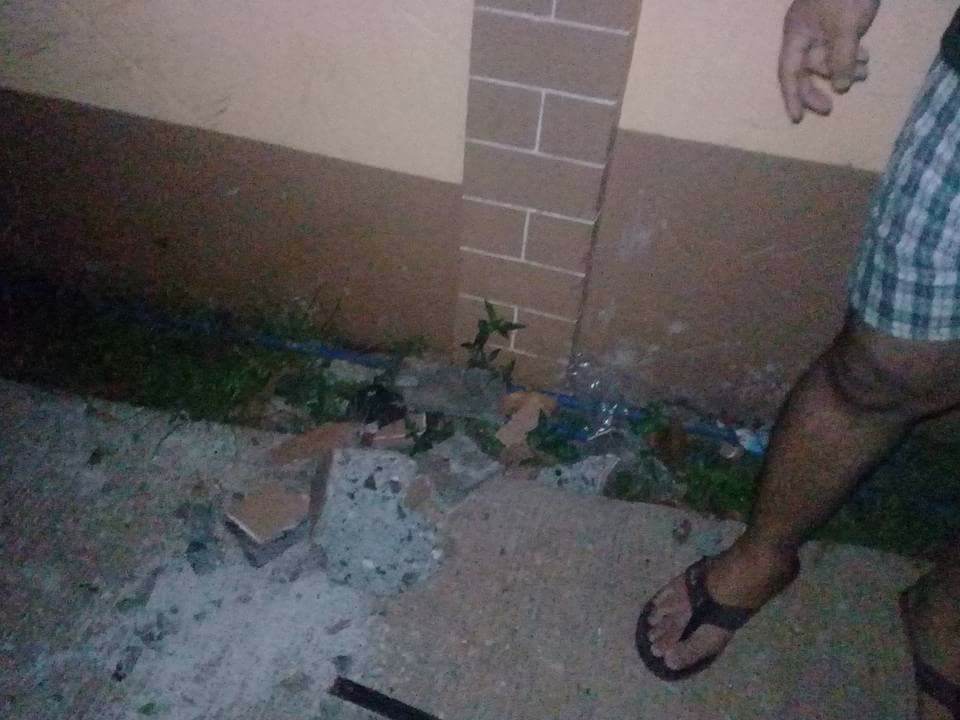 ISABELA  CITY, Philippines — A bomb exploded at the house of Engineer Soler Undug in San Rafael, Isabela City at about 9:30 in the evening Thursday, February 1, 2018.

Soler is the district engineer of Autonomous Region in Muslim Mindanao (ARMM).

One person was reportedly hurt during the explosion.

Soler in an interview said, he suspects that the perpetrators of the crime are the same persons who ambushed  workers of the Department of Public Works and Highways (DPWH) ARMM last Wednesday, January 31, 2018 in barangay Baas, Lamitan City.

The incident killed two employees  while others were wounded.

Soler revealed that after the bomb exploded Thursday night, a man claiming to be a member of the Abu Sayyaf Group called him  saying  “yon na sumabog na,”

This developed, as authorities disrupted another bomb in the house of Basilan provincial engineer Bobong Lasatan, in barangay Aguada, Isabela City.

Police authorities are stil conducting investigation as of presstime to identify the perpetrators and to determine their motive.-Richard G. Falcatan/Newsline.ph