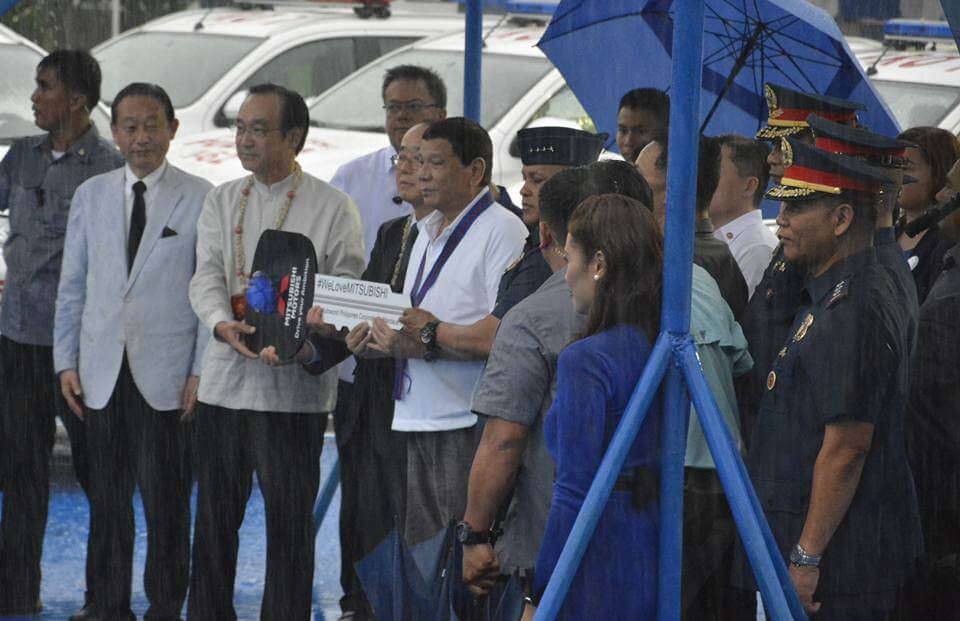 The patrol units is to improve police services and enhance counter-terrorism and public security capabilities.

On the other hand, the President also committed P50 million for the Malasakit Center at the Don Vicente Sotto Memorial Medical Center (VSMMC) and the hospital’s expansion efforts.

The Malasakit Center, is one of the three presidential initiatives of Duterte that will amplify the administration’s advocacy of streamlining government processes, especially the services needed for the poor.

The Center will be serving indigent patients from the province of Cebu and the neighboring provinces of Bohol, Siquijor and Negros Oriental.

Dino said in the two-week dry run of the Malasakit Center at the VSMMC, they discovered that most of the request for financial assistance are for patients’ medication, diagnostic examinations, and payment for hospital bills for the patient’s discharge from the hospital.

After the dry-run other stakeholders like the Depatment of Social Welfae and Development (DSWD), Department of Health (DOH), Philippine Charity Sweepstakes Office (PCSO), Philippine Amusement and Gaming Corporation (PAGCOR) and the Philippine Health Insurance Corporation (PHILHEALTH), are conferring the possibility of unified requirement system, and a single-window application form.

On the hospital expansion, the President urged VSMMC hospital authorities to work on the paper works for possible funding support in next year’s budget.

Alexander Balotan, general manager of PCSO, said PCSO’s P700,000 allocation for the medical assistance program can be increased to P1 million in order to provide more for Cebu and neighboring provinces.

Balotan said they will be partnering with six hospitals – four in Cebu and two in Bohol for the Malasakit program.

“We will support these hospitls so that the indigents will go directly to these hospitals. We will bring closer the Malasakit Center to the people. Ilalapit natin ang services sa kanila (We will bring the services closer to them), Balotan said.-Paul Alegre/Newsline.ph