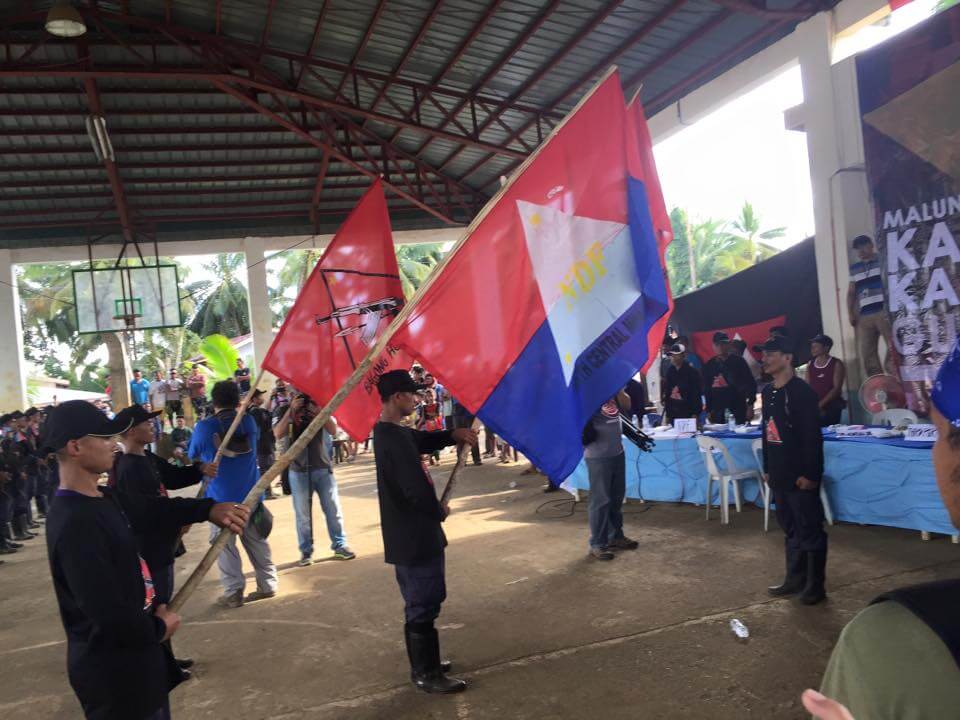 The NPA’s Southern Mindanao Operations Command (NPA-SMROC), in a statement confirmed killing Datu Banadjao Mampaundag and his son Jonard, saying the two were not heroes, as they accused them to have inspired the atrocities in Talaingod town.

The Mampaundag’s were killed early morning of February 4 by Tagalog-speaking rebels in their village.

In a statement issued by Rigoberto F. Tiglao, the spokesperson of the command,  it  admired the red fighters “The NPA-SMROC congratulates Red fighters and operatives in carrying out the standing order against CAFGU leader Banadjao Mampaundag and his son Jhonard.”

Major Ezra Balagtey, spokesperson of the military’s Eastern Mindanao Command (EastMinCom) earlier said the Mampaundag’s were mercilessly killed by the rebels who strafed their house.

In 2017, the  Mampaundags were among the indigenous peoples trained by the military as Special Civilian Active Auxiliary (SCAA) to participate in counter-insurgency operations.

Datu Banadjao was a signatory to a manifesto during the Mindanao IP Leaders Summit at Camp Panacan, here, throwing support to President Rodrigo Duterte’s peace program.

But the NPA said Datu Banandjao “was no hero or benevolent tribal leader of Talaingod.”

Sanchez said Datu Banadjao was a “longtime CAFGU member and rabid recruiter of the notorious Alamara paramilitary forces under the payroll of the 10th Infantry Division-AFP.”

“He was responsible for crime against the people such as land grabbing, theft and extortion, grave abuse, and a host of other human rights abuses,” he added.

On February 9, Duterte asked the lPs to take temporary shelter near the military camps as he sorts things for their safety.

The rebels claimed they already warned the Mampaundag;s to refrain from engaging criminal activities and stay away from the military’s counter insurgency operations, yet he continued his activities.

The IPS during the summit narrated having suffered brutalities and oppression in the hands of the rebels.

They also alleged that rebels  force them to pay P5 per rubber tree they are cultivating  every 15-days or everytime they sell their products.

The IPs  who are into rice and corn farming  accused the rebels of imposing a sharing system, when they are not tilling the soil.-Editha Z. Caduaya/Newsline.ph