Posted on August 18, 2017 by NewsLine Philippines 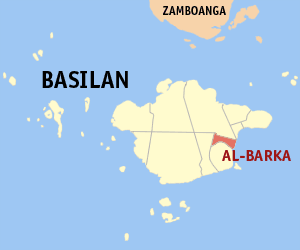 MANILA, Philippines —  The Office of the Ombudsman has found Mayor Darussalam Lajid of Al-Barka, Basilan guilty of Gross Neglect of Duty for failure to ensure the timely completion of the 2014 Salintubig Program of the Bottom-up Budgeting project in the Autonomous Region in Muslim Mindanao amounting to P4,275,000.00.

In a Decision released Friday, August 18, 2017, the Ombudsman imposed upon Lajid the penalty of dismissal from the service with forfeiture of all retirement benefits and perpetual disqualification from holding public office.

In case of separation from the service, the penalty is convertible to a fine equivalent to his one-year salary.

The Decision narrated that P1,758,750.00 was released as part of the first tranche of the program for the payment of suppliers, however, the check covering the second tranche was not presented for payment, as it lapsed and was reverted back to the treasury.

Respondents claimed that the project was not completed due to the peace and order situation in the region.

However, the Ombudsman stated that “the respondents, as members of the Municipal Project Management Unit and local government unit are responsible for the day-to-day project implementation. Lajid, et al. failed to offer any explanation as to why the funds were reverted back to the DBM when they clearly could have utilized the same to continue the project.”

“The respondents’ breach of duty is flagrant and palpable since the delay of the project’s completion is only caused by their persistent inaction,” the Ombudsman added.

Gross Neglect of Duty or Gross Negligence refers to negligence characterized by the want of even slight care, or by acting or omitting to act in a situation where there is a duty to act, not inadvertently but willfully and intentionally, with a conscious indifference to the consequences, insofar as other persons may be affected. -Newsline.ph